In 1985, the owners of Bespoke Coachworks began customizing cars in Southern California. As owners of mobile electronics retail stores in affluent areas such as Beverly Hills, Marina Del Rey and West Los Angeles, it gave them the opportunity to create custom audio, video, interior and exterior creations for celebrities and the most discerning clientele.

In 2006, when the Sprinter van was imported and badged by Dodge and Freightliner, the requests to customize them began. After years of experience with Bentley, Rolls Royce and Mercedes, the Sprinter van was a blank canvas ready for a Bespoke make over. In 2010 Bespoke Coach launched, specializing in custom made to order Mercedes-Benz Sprinter van conversions. We’ve created luxury van conversions ranging from the most premiere mobile office to a family coach with a built-in bed. Our imagination knows no limits and we are consistently working with our clients to push the boundaries of that imagination. 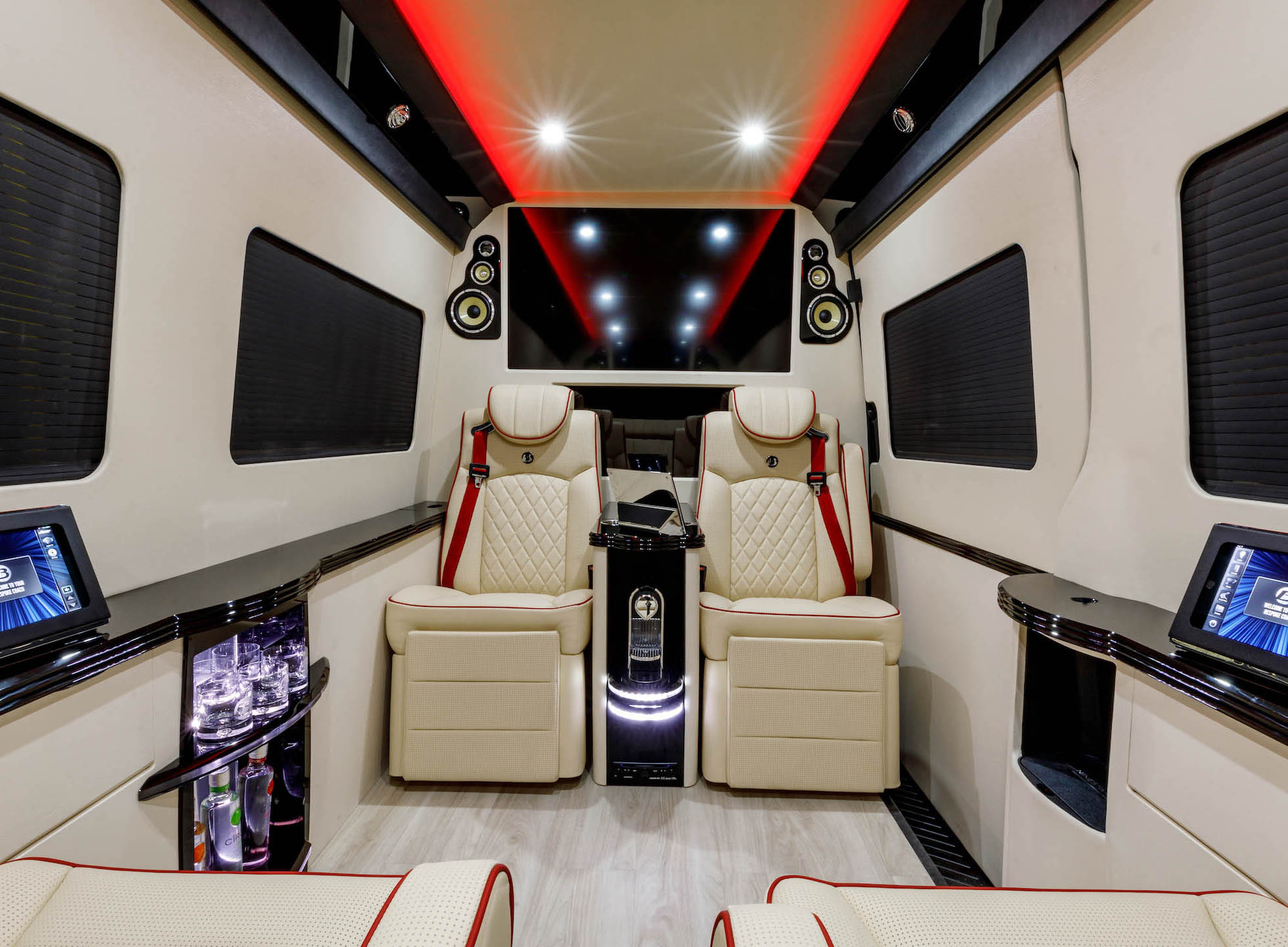 The Bespoke Coach team is always striving to create new designs, find new materials, and technologies to incorporate into our van conversions. Using only the finest materials and products each Bespoke Sprinter is truly one of a kind. With our extensive background in mobile electronics and our development of cutting edge control systems, Bespoke Coach’s luxury mobile office incorporates the best technology, design, and materials into a first-class experience. Our development team is comprised of the top engineers, designers, and fabricators and we are constantly working to make our coaches user friendly and innovative. Our Bespoke Coach luxury mobile office far surpasses any other luxury van on the market. Here, at Bespoke Coach, our development team works to redesign and innovate the technology in each custom coach, making us the best in luxury Sprinter van conversions.